To Get Answers Place Mouse Over "Answer" And Wait  Enjoy

Press F3 To Search For A Specific Puzzle Or Brain buster

Each letter stands for a unique digit. There are no leading zeros.

If you add together the date of the last Monday of last month and the first Thursday of next month, the result is 38. Both dates are in the same year.

What is the current month?

34.  There are five houses in five different colours starting from left to right. In each house lives a person of a different nationality. These owners all drink a certain type of beverage, smoke a certain brand of cigarette and keep a certain type of pet. No two owners have the same pet, smoke the same brand or drink the same beverage. The question is: WHO OWNS THE FISH??? Hints:

33.   2 fathers and 2 sons go fishing. Each of them catches one fish. So why do they bring home only 3 fishes?

31.   You are in a bit of a pickle.You are trapped in a house of three rooms.Hungry alligators,lions that haven't eaten in a year,and rattlesnakes.Which room is the safest room to enter?

30.  With thieves I consort. With the vilest in short. I'm quite at ease in depravity; yet all divines use me and savants can't lose me for I am the centre of gravity. What am I ?

28.  Three people check into a hotel. They pay $30 to the manager and go to their room. The manager suddenly remembers that the room rate is $25 and gives $5 to the bellboy to return to the people. On the way to the room the bellboy reasons that $5 would be difficult to share among three people so he pockets $2 and gives $1 to each person. Now each person paid $10 and got back $1. So they paid $9 each, totalling $27. The bellboy has $2, totalling $29. Where is the missing $1?

25.    Here is a series of numbers. What is the next number in the sequence?

24.   Two shaggy old dogs were walking down the street. Captain sits down and scratches his ear, then turns to Champ and growls, "If one of your fleas jumped onto me, we'd have the same number." Champ barks back, "But if one of yours jumped onto me, I'd have five times as many as you!" How many fleas are there on Champ?

One of the triplets left muddy footprints all over the kitchen floor. Since all three wear the same size shoes, their mom and dad can't tell which triplet should clean up the floor. "I didn't do it," said Annie. "Danny did it," said Fanny. "Fanny is lying," said Danny. Only one of the triplets is telling the truth — the other two are lying.

Whose footprints are on the kitchen floor?

22.  Two students are sitting on opposite sides of the same desk. There is nothing in between them but the desk. Why can't they see each other?

21.  There are only two T's in Timothy Tuttle. True or false?

20.  A girl who was just learning to drive went down a one-way street in the wrong direction, but didn't break the law. How come?

14.   Alex, Bret, Chris, Derek, Eddie, Fred, Greg, Harold, and John are nine students who live in a three storey building, with three rooms on each floor. A room in the West wing, one in the centre, and one in the East wing. If you look directly at the building, the left side is West and the right side is East. Each student is assigned exactly one room. Can you find where each of their rooms is:

13.  The island of Casper have a rather eccentric postal system. Postage for an item can be anything from 1 Cent to 15 Dollars, and you must use exact postage. Frustratingly, there is only space on the envelopes in Casper to attach a maximum of three stamps. What is more, they only have three different denominations of stamps, can you work out what they are?

12.  At a musical recital five students (John, Kate, Larry, Mary and Nick) performed five musical pieces. Two by Bach, two by Mozart and one by Vivaldi. There were three violinists and two pianists. Each student performed only one piece, and played only one instrument. Find the order of the students, their respective instruments and the composer, with the following conditions:

10.  You are walking through a field, and you find something to eat. It doesn't have bones, and it doesn't have meat. You pick it up and put it into your pocket. You take it home and put it on a shelf, but 3 day's later it walks away. What is it?

9.  There are 20 people in an empty, square room. Each person has full sight of the entire room and everyone in it without turning his head or body, or moving in any way (other than the eyes). Where can you place an apple so that all but one person can see it?

Every week you play the lottery and you always play the same number. To play you pick six integers between 1 and 49, inclusive.

The numbers you pick have these properties:

Due to a childhood trauma, you have a fear of prime numbers, consequently

The number 1, of course, is not prime.

What six numbers do you play

Are these two objects the same size?

Are these two objects the same size?

4. Can You find 9 Different faces in this pic 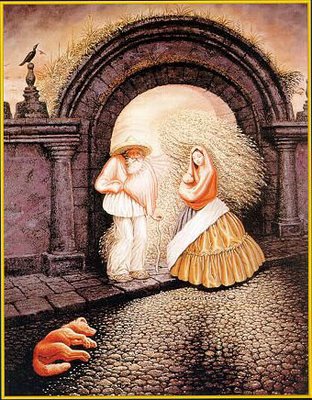 2. What gets wetter and wetter the more it dries?

1. Which of the two squares with the red dot is darker?

We Own & Run The Following

Here you will find Globally, Hoax, Facebook Scams, Online Scams, Pc Securty Alerts, Internet threats. & Protecting your identity. We have gathered a range of article from around the world from a range of sources and placed them in 1 place to make it easier to stay informed on the latest.

Persons Of Interest In Australia

Oops! This site has expired.

If you are the site owner, please renew your premium subscription or contact support.